India had been on both our bucket lists. When Joe suggested New Delhi for our 2017 Labor day long weekend, I thought “this is a little crazy, but why not!” I was jet-lagged the whole weekend, but it was definitely worth it. – Laura

We flew from Montreal to Toronto. Again, like for CPH, we didn’t make it to Pearson (flight was +20 : we’re working on a post explaining how standby travel works!) so we went through Billy Bishop and took the train to Pearson.
For the Toronto-New Delhi flight, we got to fly business (first time for Laura!) and slept like babies. 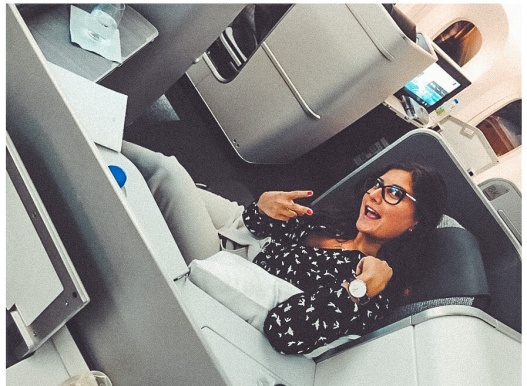 Getting In-di-an mood
We landed around 10pm in New Delhi, hopped in a taxi and made it to our hotel, the Bloomsroom near the train station (or the yellow canari hotel like Joe likes to call it, because, literally, everything there is yellow!!)

We headed out to Connaught Place for a drink and a bite, while watching the locals dance to Indian music.
It was such a crazy feeling to be in New Delhi, and we were excited for the sun to rise so we could explore this city.
[Actual] Day 1
On day 1, we had booked a walking tour with the Salam Balaak Fund.
Salam Balaak Fund is an Indian non-profit who supports the kids in the streets of Delhi. The walking tour aims to sensitize participants about to the life in the streets and ongoing issues in India. The tours are led by teens who used to live in the streets and are now getting an education thanks to the Fund.
This tour definitely takes you out of the beaten tracks and away from the touristic attractions.

During the tour, you get to visit the contact points where they reach out to new children in need, educate them and provide them the care they need.
After our walk, we wanted to eat at Karim’s, which is famous amongst tourists, but it was closed for Eid (muslim holiday), so we ended up having lunch at Al-Jawahar, which was absolutely delicious… and spicy!!

We waited for the pouring rain to stop before heading out towards the Red Fort. It was a holiday and the place was packed with Indian visitors, but the tourist line was quite short. 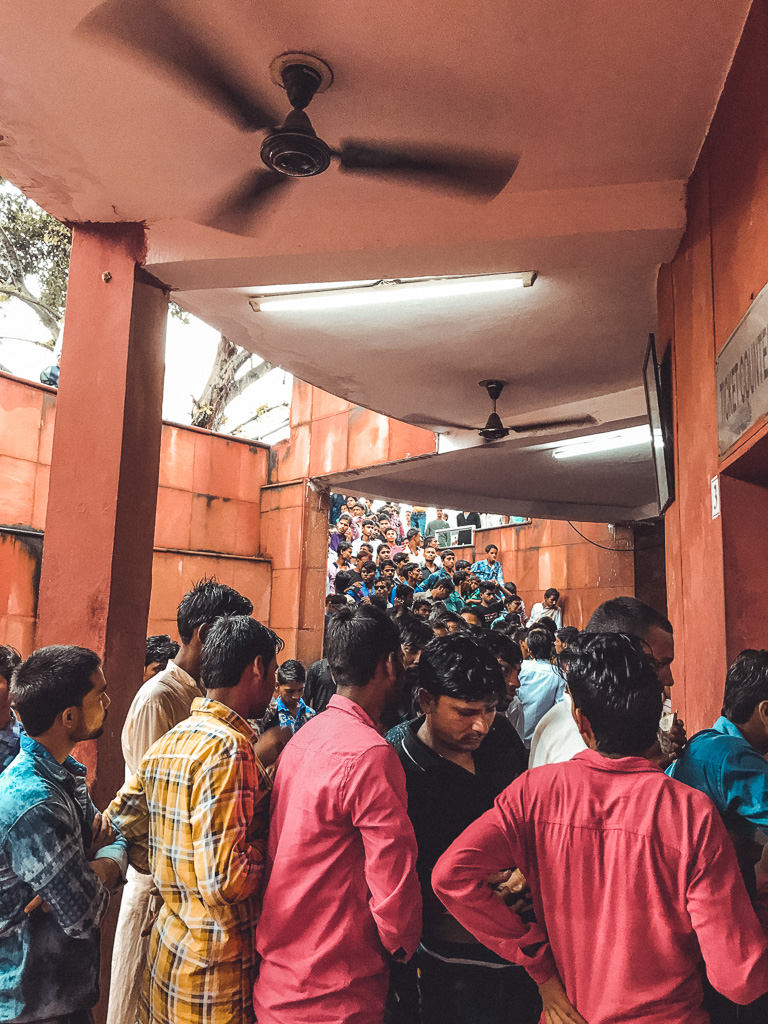 The Red Fort used to be the residence of the Emperors, and its gardens are beautiful, a perfect spot for a quiet break in the middle of the chaotic city.

When we headed out of the Fort, we walked around the streets, explored the outdoor markets and the food stands. 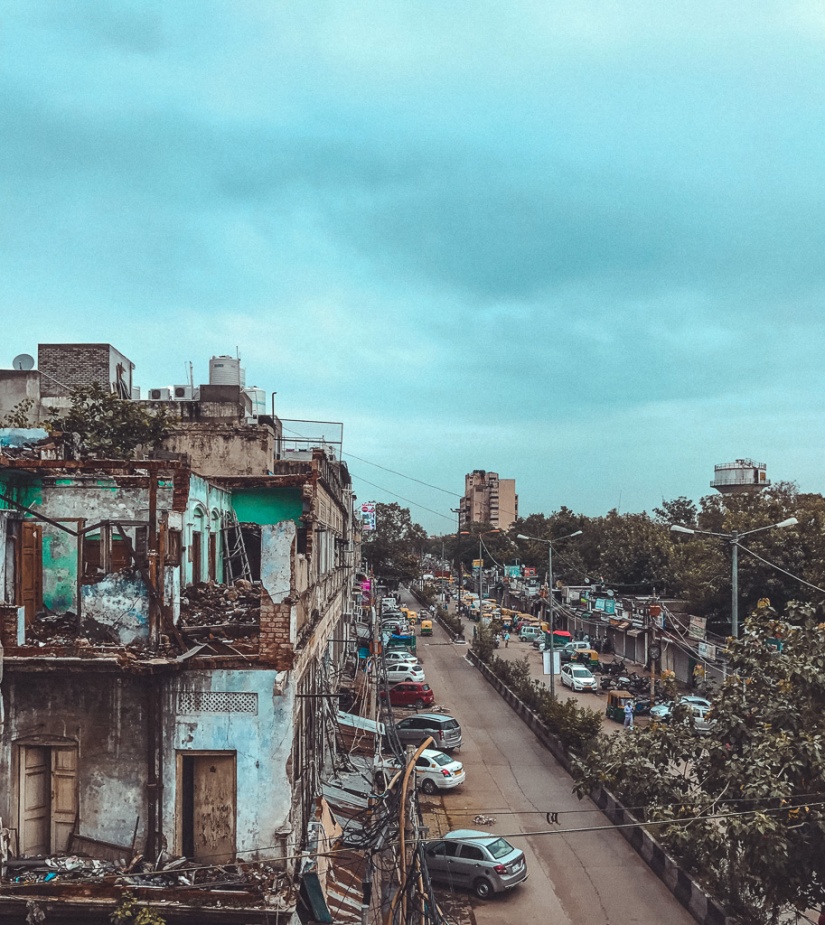 We have to admit that, even as travellers who have been to Asia and Africa, Old Delhi was still overwhelming for our senses. We’ve had street food in Thailand, Vietnam and other countries, but we (almost) completely avoided the food stands in Delhi because we didn’t want to get sick on our very short trip. We did grab a Jalebi at the Chandni Chowk Market.

After a while, we needed a break from the heat, the smell, the dirt that had washed up in the street because of the monsoon, so we hopped on a rickshaw to take us back to our hotel. 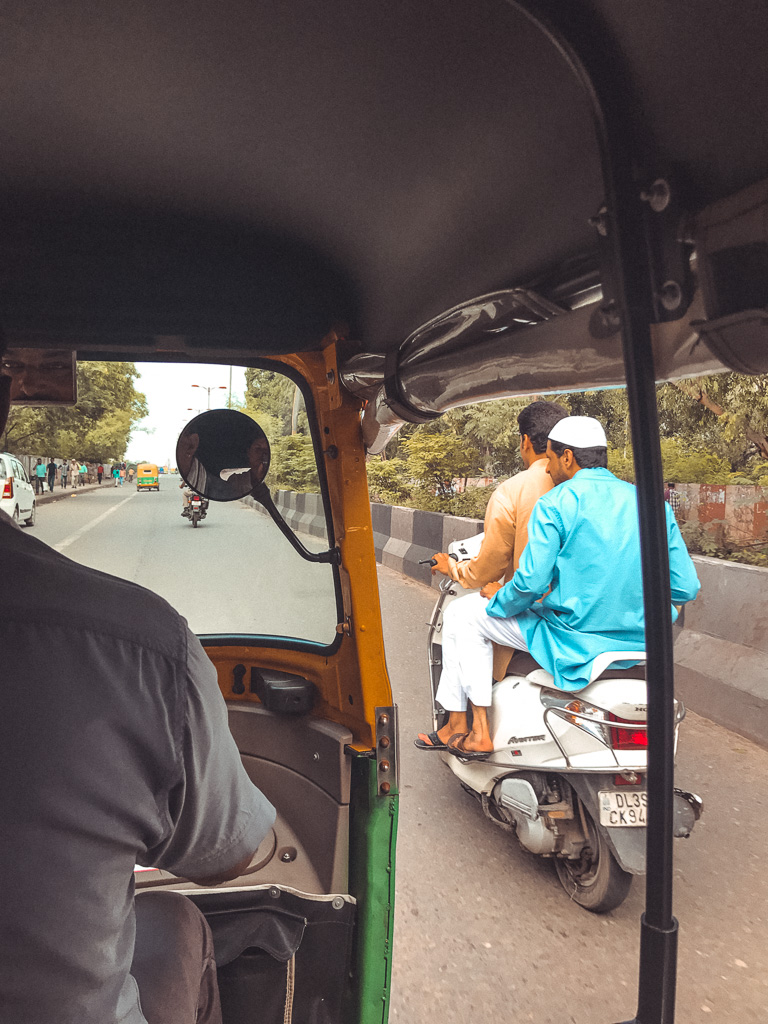 We were off to a good start, until we hit mad none sense traffic.

We ended up paying our driver mid way and walking the rest of the way back to our hotel, amid locals going home from work, the cows, the kids playing in the streets,  which that itself was an experience.

After a nap, we had a vegetarian Tali for dinner at Saravana Bhavan.

Disclosure: Only once seated at the table, did we realize while looking at our place mat, that this place has multiple locations across the world… including Mississauga, Ontario… (face palm) Nonetheless, it was delicious!
DAY 2
On our second day, we explored the newer part of New Delhi, which was a total clash with Old Delhi we had visited the day before. It is astonishing to see how such opposites can exist in a same city, to such extremes differences of wealth, sanitation and organization.
Since we had hired a driver to take us to Agra in the afternoon (we did want to live the Indian experience and ride the train but 1- it was fully booked, 2- our stay was too short  to deal with the Indian train schedule and delays) we were able to see quite a few sights before heading out.
Our first quick stop was Agrasen Ki Baoli, a step well, that has 108 steps leading to the water. Apparently, it’s been featured in many Bollywood movies.

We spent our early afternoon walking around the beautiful Humayun’s tombs, the tomb of the Mughal Emperor Humayun. We took it slow, sitting down to chat and to take in the surreal-ness of this weekend and feeling very grateful about being able to be in Delhi. 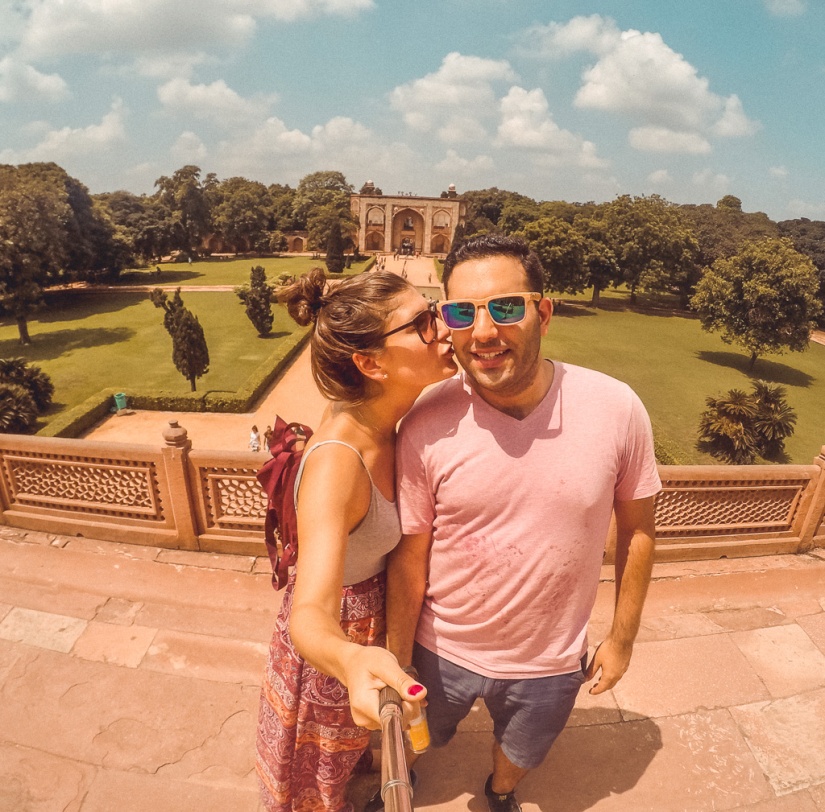 We stopped by for a stroll in the Lodi Garden, where we spotted monkeys! 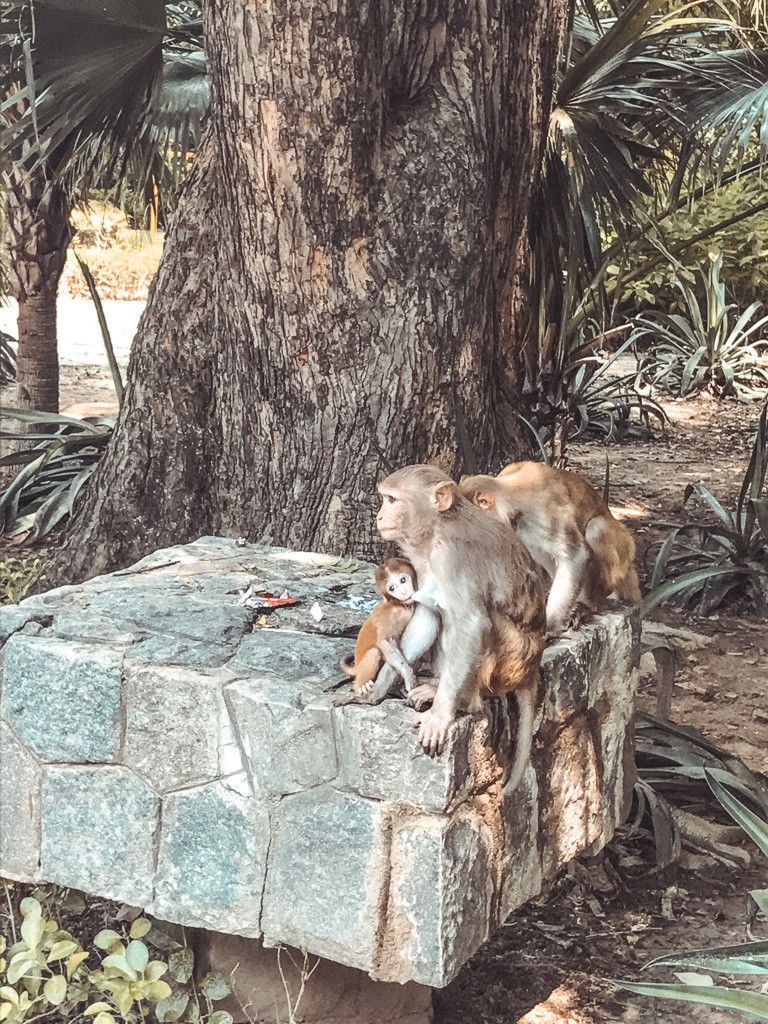 The drive from New Delhi to Agra takes about 3:30 to 4 hours depending on traffic and if you stop for a break.
DAY 3 – AGRA AND THE MAGICAL TAJ
No matter how many times you’ve seen it in pictures, the Taj Mahal is absolutely incredible! We woke up bright and early to see it at sunrise, mainly to avoid the crowds… and it was absolutely worth it.
This mausoleum was built in honour of the emperor’s favorite wife. The detailing and the symmetry of the building is breathtaking. 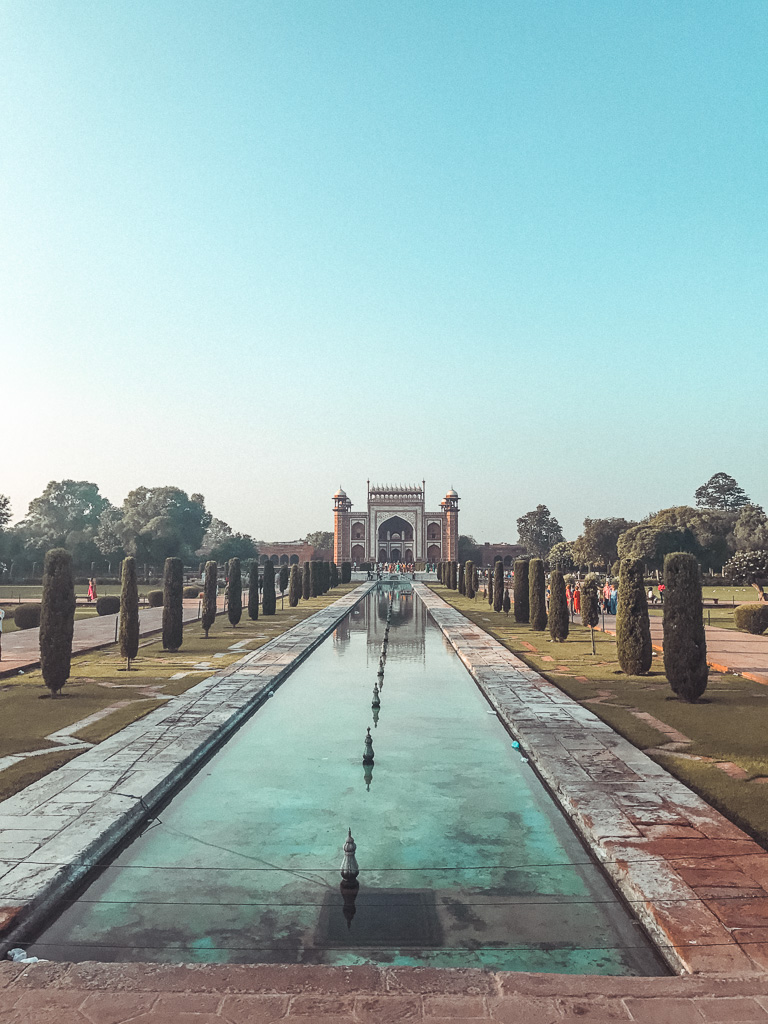 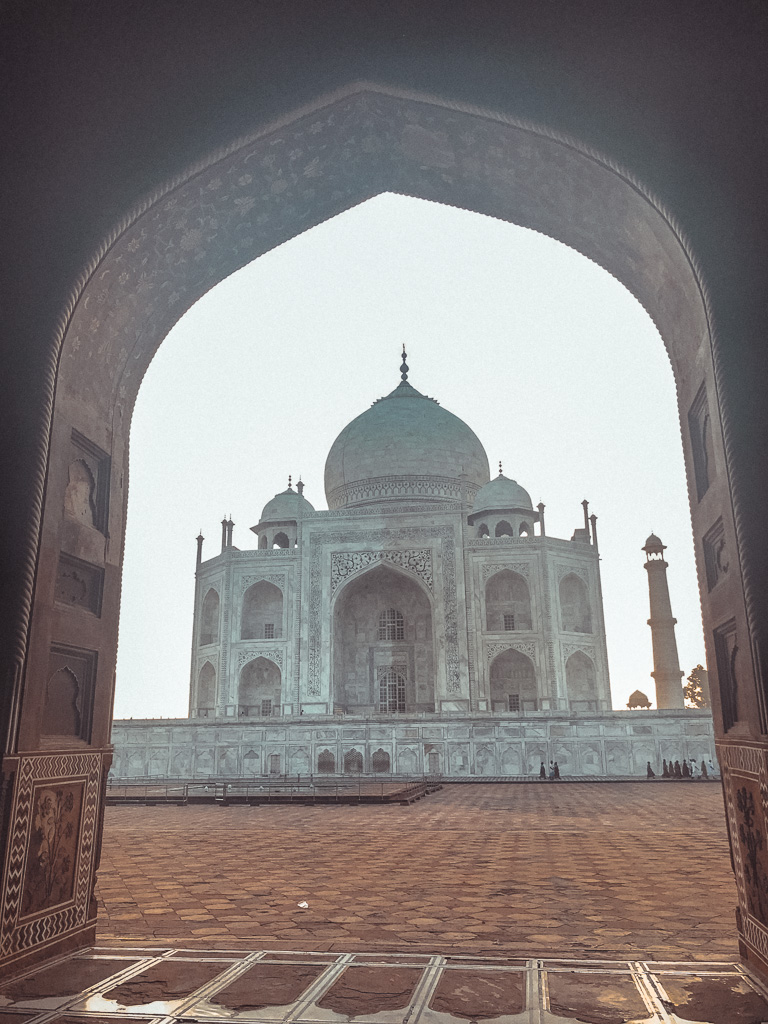 We kept repeating to each other how incredible the Taj was and how we couldn’t believe we were there. We took a pause from taking pictures (because every time you turn a corner, the Taj looks even more beautiful from that other angle) to take it all in! 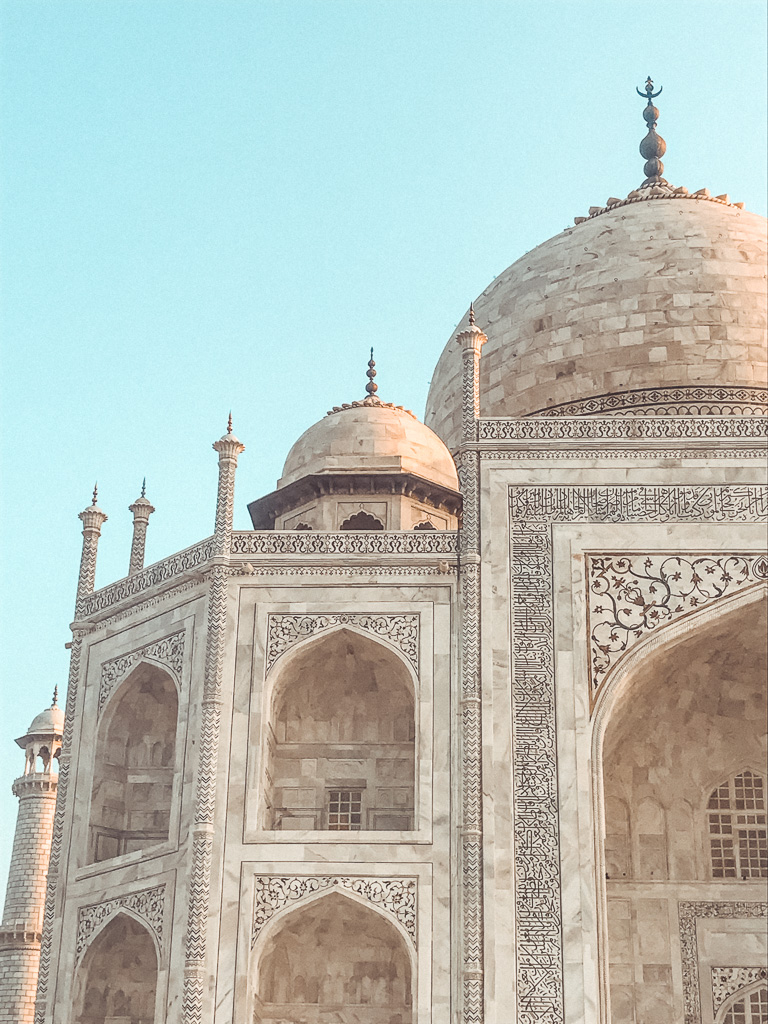 We left as loads of tourist were entering, and went for breakfast, not too far from the Taj. 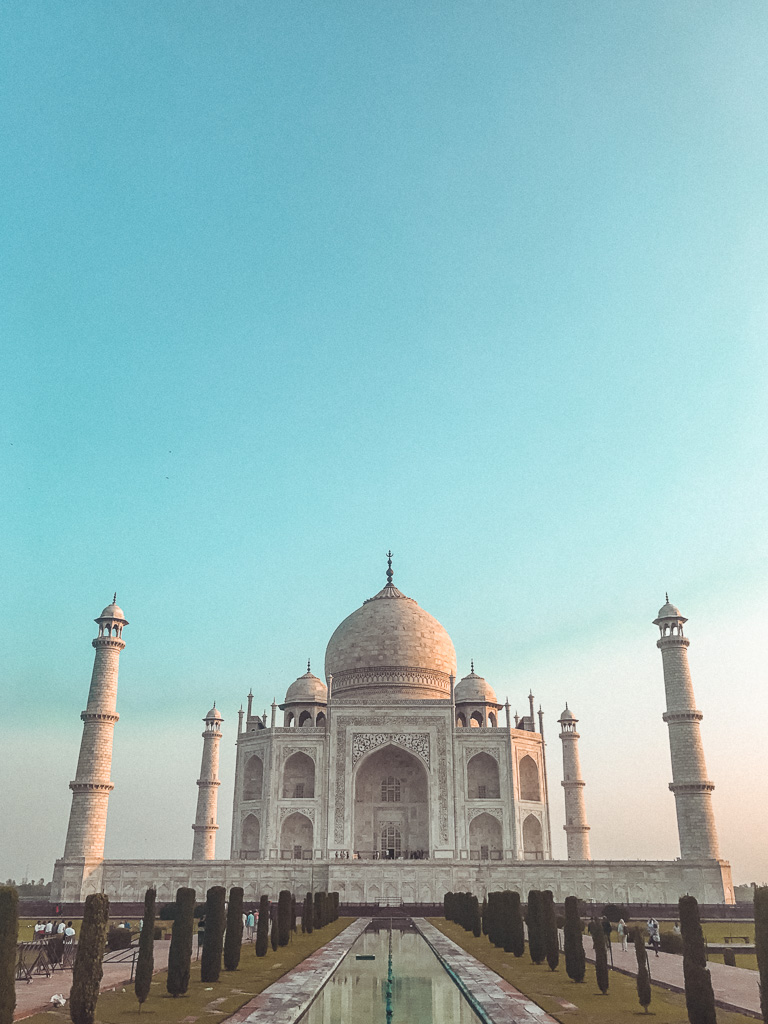 After a quick nap, we headed back out, to check out the Agra Fort, before hitting the road back to New Delhi for our flight back home.
The Fort was another beautiful sight! It was the main residence of the emperors of the Mughal Dynasty before the capital was moved from Agra to Delhi. You can walk around for hours from one hall to another and it seems to be a popular hang out for locals.

Our weekend in New Delhi (and Agra) was our craziest weekend on standby yet! Obviously, you would need more than a weekend to take it all in, to really see, eat, smell and understand the New Delhi culture, but our weekend was such a thrilling experience that we still talk about!

Joe works in the Airline Industry. Laura works in Healthcare. They both have a passion for travel and are exploring the world one weekend at a time. View all posts by weekendonstandby

you+me+the beach = happy place 🤍
Babymoon 💙- thanks for all the lovely messages and comments for our little announcement, we feel very blessed.
Baby on Standby 🤍
Follow Weekend On Standby on WordPress.com
Loading Comments...
%d bloggers like this: